Goggle the history of the Christmas card and you'll soon find yourself lost in a gallery of cards from every era and every country. From vintage cards circa 1843 to the Top 10 Grateful Dead Christmas cards.

In 1611 a flowery Christmas card was sent by one Michael Maier to James I of England and his son the Prince of Wales . When it was discovered in 1979 in the Scottish Record Office it was named the first recorded Christmas card. The words of the greeting - "A greeting on the birthday of the Sacred King, to the most worshipful and energetic lord and the most eminent James, King of Great Britain and Ireland, and Defender of the true faith, with a gesture of joyful celebration of the Birthday of the Lord, in most joy and fortune, as we enter into the new auspicious year 1612" - was laid out to form a rose.

No mention if Michael Maier was awarded a title for his efforts.

The next cards were commissioned by Sir Henry Cole and illustrated by John Horsley in London. The central image depicts three generations of a family gathered together, raising a toast to the card's recipient. To the left and right are scenes of food and clothing being given to the poor. By all accounts, the image of the family enjoying wine proved controversial however, the idea was early marketing brilliance. In 1840 Sir Henry Cole helped introduce the Penny Post, one of several postal systems in Great Britain in which normal letters could be sent for one penny. A total of 2,050 cards were printed in 1843 and sold for a shilling each. 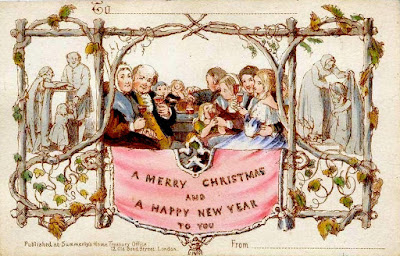 Christmas 1873 found lithograph firm Prang and Mayer creating greeting cards for the popular market in Britain earning owner Louis Prang the title of the "father of the American Christmas card." The firm began selling the Christmas card in America in 1874, becoming the first printer to offer cards in America.

From the very beginning, collecting Christmas cards has become a passion. Queen Mary's collection of Christmas cards was so large it is now housed in the British Museum. Cards printed during the "golden age of printing" (1840s-1890s) are especially prized and command large sums at auction. In December 2005 on of Horsely's original cards sold for $11.5 million. But that cannot hold a Christmas candle to the world record as the most expensive Christmas card when a card produced in 1843 (pictured above) sold to an anonymous bidder in 2001 for $28,400.00

Technology for anyone to provide a personalized Christmas card thanks to digital photography. In tandem with our rapid digital printing, we can help you bring that personal touch during this the "most wonderful time of the year." 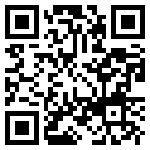